Painting the Flesh in Manuscripts

The affective power of medieval and Renaissance images rested largely in the artists’ ability to paint lifelike faces. As Christian prayers centred upon the bodies of Christ and the saints, painting their flesh was an act of devotion imbued with mystery – as if bringing them to life. Physiognomy and medicine also influenced artistic practice. Flesh colours were considered indicators of character, determined by the balance of the four elements (earth, air, fire, water) and their qualities (hot, cold, dry, wet) in the human body.

To paint convincing flesh tones, illuminators employed a variety of pigments and techniques. Using the bare parchment (made of animal skin) was the most economical. The most sophisticated method involved the application of complex mixtures in multiple layers to animate figures, suggest character and distinguish the living from the dead. 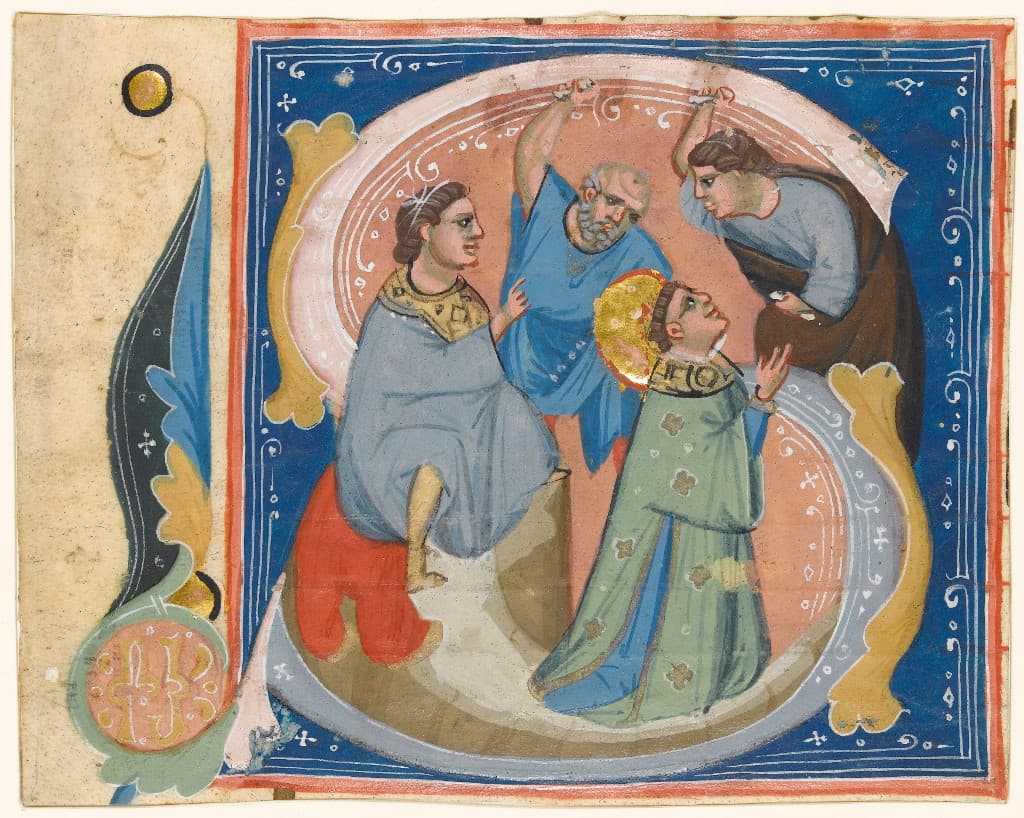 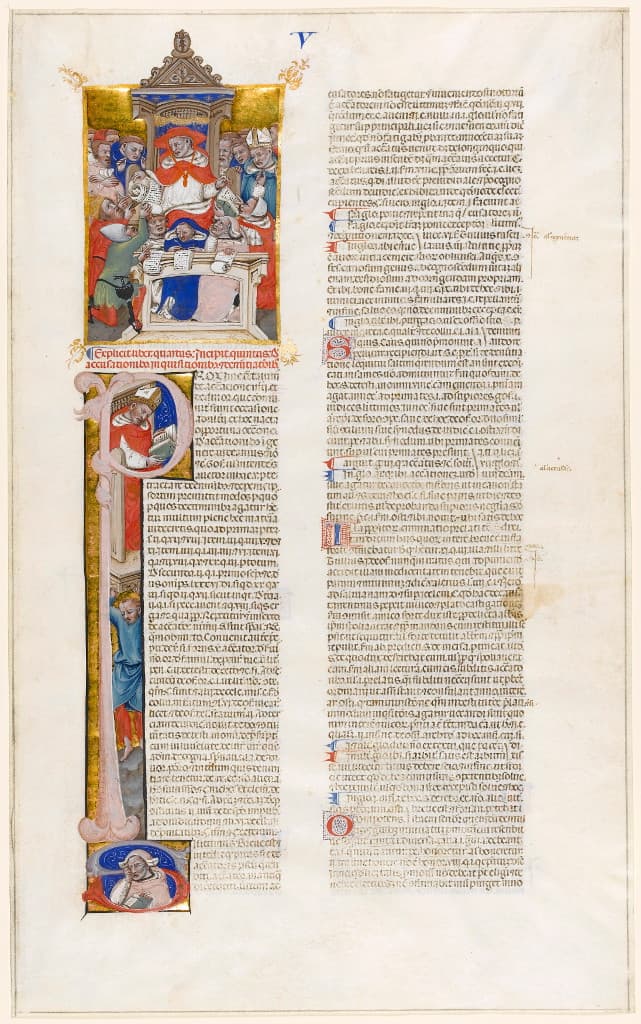 The leading 14th-century Bolognese illuminator Nicolò da Bologna created animated figures with finely chiselled, expressive faces. His flesh-painting technique differs from that of his Bolognese predecessors and Tuscan contemporaries. Instead of a green base, Nicolò used a grey-brown underlayer (a mixture of lead white, iron gall ink, azurite and vermilion) with vermilion red brush strokes over it. He drew facial features in brown and then covered the red and brown strokes with a transparent white glaze, producing a smooth flesh tone. He added lead white highlights. This technique became the hallmark of 14th-century Bolognese illumination.

Purchased by the Friends of the Fitzwilliam Museum in 1932 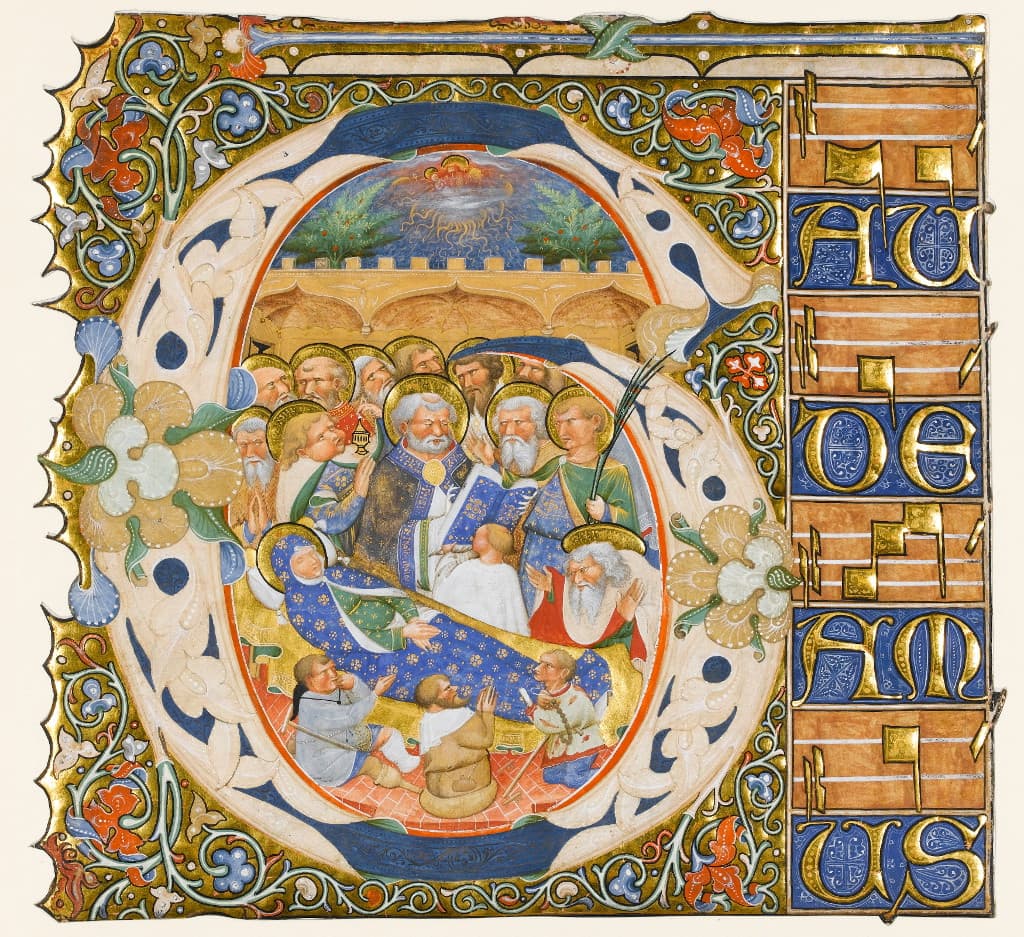 Dormition of the Virgin

This initial comes from a Choir book illuminated on the Venetian island of Murano by an artist experimenting with styles and materials. His blues combine imported ultramarine with local smalt, borrowed from Murano’s thriving glass industry. He painted expressive faces of tactile plasticity, starting with a pink base (a mixture of vermillion, red lead, red earth and lead white) and modelling shadows with a thin vermilion wash. These layers lend the faces a sun-kissed appearance, while highlights of diluted lead white add luminosity. Strokes and daubs of thick, opaque lead white add texture to eyebrows and hair. 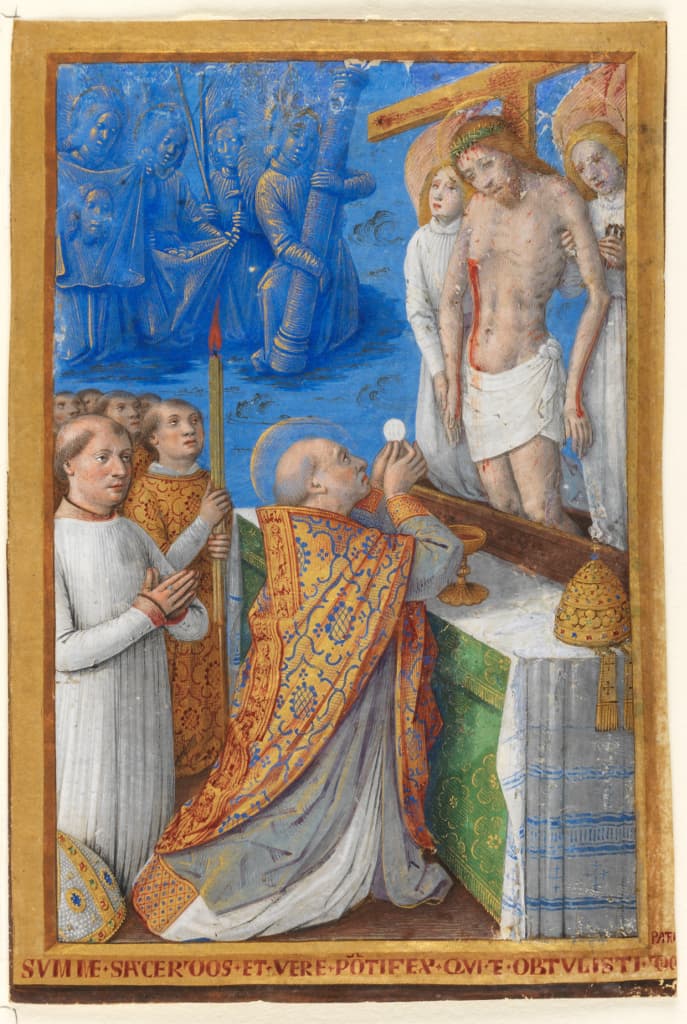 The Mass of St Gregory

The royal painter and illuminator Jean Bourdichon created an intense devotional experience for the manuscript’s owner, Bishop Charles de Martigny, by including him in St Gregory’s vision of Christ. Charles’ image (left) and the swollen, tear-heavy eyes of Christ’s attendants showcase Bourdichon’s exceptional talent as a portraitist. He modelled the pale orange base of the bishop’s face with a dense network of fine stipples and hatching strokes in multiple tonalities of tan, brown, pink, red, orange, white, black, grey and blue. The complex mixtures and painting technique conjure up the patron’s ‘living’ presence. 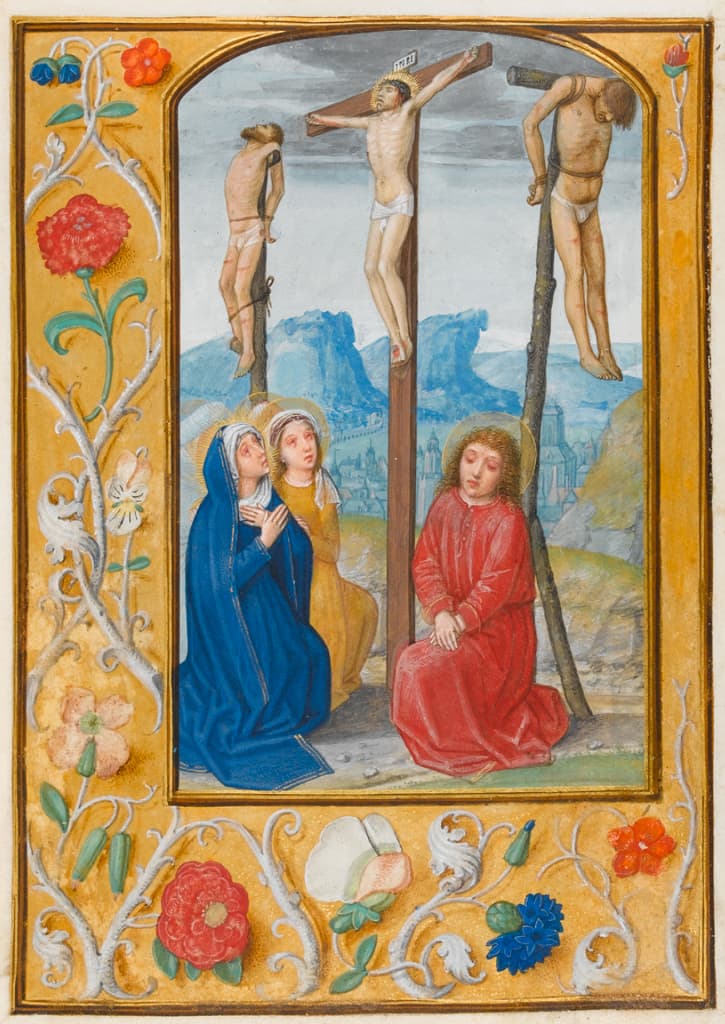 Miniature from the Hours of Albrecht of Brandenburg
Flanders, Bruges, 1522-1523

This miniature, along with five more at the Fitzwilliam Museum and many others now dispersed across the world, once embellished a sumptuous Book of Hours. It was made for Cardinal Albrecht of Brandenburg (1490-1545), Archbishop-Elector of Mainz and a discerning art collector. He commissioned the manuscript from Simon Bening, the Flemish artist described at the time as ‘the greatest master of the art of illumination in all of Europe.’

This image includes the two thieves who were crucified with Christ. The good thief on Christ’s right (our left), lifts his head up in the hope of salvation. The thief on Christ’s left (our right) turns away and looks down, having scorned the Saviour. The flesh tones vary accordingly. Christ’s body, pale and chalky, is painted with lead white and modelled with brown ochre and azurite blue in the grey shadows. The good thief is painted in similar hues, while the bad thief is rendered with a mixture rich in yellow and brown ochres, his jaundiced flesh embodying his betrayal.

Purchased by the Friends of the Fitzwilliam Museum in 1918
www.fitzmuseum.cam.ac.uk/illuminated