In medieval and early modern Europe, colours represented man’s place in society and the universe. In everyday objects and sumptuous artworks, colours expressed global beliefs, regional fashions and individual tastes. Most colourful items have perished or lost their original pigments, but we can still appreciate the vibrant hues of the past in medieval and Renaissance manuscripts – books that were copied and painted by hand for over a millennium before the arrival of printing in Europe, and long after.

Paintings in manuscripts, protected for centuries in bound volumes, form the largest and best preserved repositories of medieval and Renaissance colours. They reveal an extraordinary range of pigments and sophisticated painting methods. Some colour combinations endured throughout the period and into modern times. Others swung in and out of fashion in response to changing tastes, trade and technological developments. 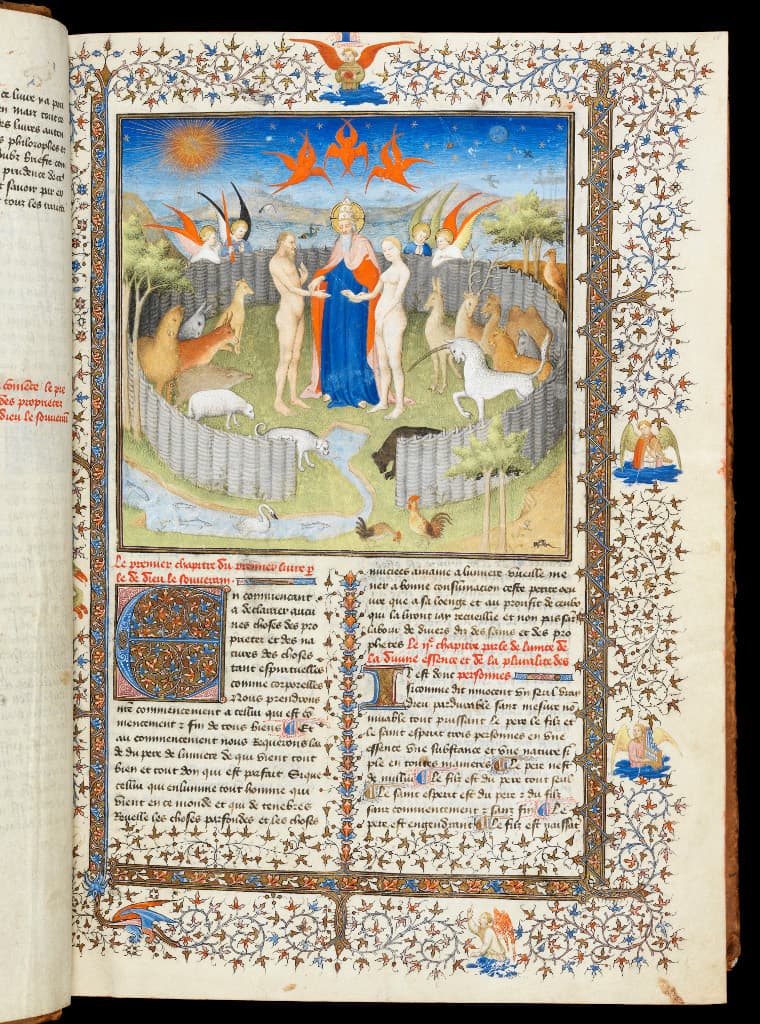 The whole of God’s creation, from the sun to the mythical unicorn, witnesses Adam and Eve’s union. The image opens the popular medieval encyclopaedia On the Properties of Things in its French translation, commissioned by Charles V of France and favoured by princely patrons. This imposing volume was made for Amadeus VIII of Savoy. The image is a fitting frontispiece to an encyclopaedia which devotes an entire book to colour. The palette includes red and white lead, vermilion, lead-tin yellow, brown earths and red dyes, indigo and ultramarine.

Given by Brigadier-General Archibald Stirling in 1897

ILLUMINATED: Manuscripts in the Making